Those of you who are regular readers will know that I’m not particularly prone to prose. Today is a rather rare departure from my preferred poetic form but I have been thinking about some things that do not lend themselves to 17 syllable haiku or even 14 line Shakespearian sonnets.  Not being a master of extended beat free verse, I’ll just have to make do with good old fashioned prose.

In the course of my work as a mental health clinician, I keep coming across people who are trying to make things better by acting in ways that, at one time, may have been effective techniques to get their needs met. Unfortunately for them, the circumstances have changed in their lives and these, once adaptive, techniques are no longer effective. In fact, these old adaptive techniques are now actually counterproductive and are actually working against their goals or objectives.

These thoughts have been percolating around in my head for years but without a clear analogy that would be understandable to my clients. In the course of my morning chores today I think I may have come across the root and sprout of a possible example to illustrate this for my people.

Imagine a soldier, fighting a war in a deep jungle, like in central Africa. To hide from his enemies, to not get killed, and to be successful in completing his missions, he needs to blend into his background. This good soldier camouflages himself with mottled green clothing, uses vegitation to break up his outline so he isn’t obviously man shaped, and learns to move with the pace of the jungle so he can best blend in with his environment. By doing this, he adapts to the conditions around him to best survive and succeed.

Now, imagine the war is going well and the general decides he needs to move some of his soldiers to another part of the country to fight. He sends a helicopter, in the middle of the night to scoops up a bunch of soldiers from the jungle and drops them into the desert just as the sun is rising.

Jungle rhythms offer no benefit in the desert. Camouflage that once concealed you, keeping you safe, now makes you stand out and puts you at risk. And just how smart does a desert fighter have to be to figure out that a moving shrub among the dunes is probably up to no good?

Folks, you’ve got to change your coping mechanism to match your changing circumstances if you want to be successful!  Otherwise, you’re an albino squirrel in the forest.

I’ll have a fine opportunity to try this analogy out in just a few minutes. Wish me luck! 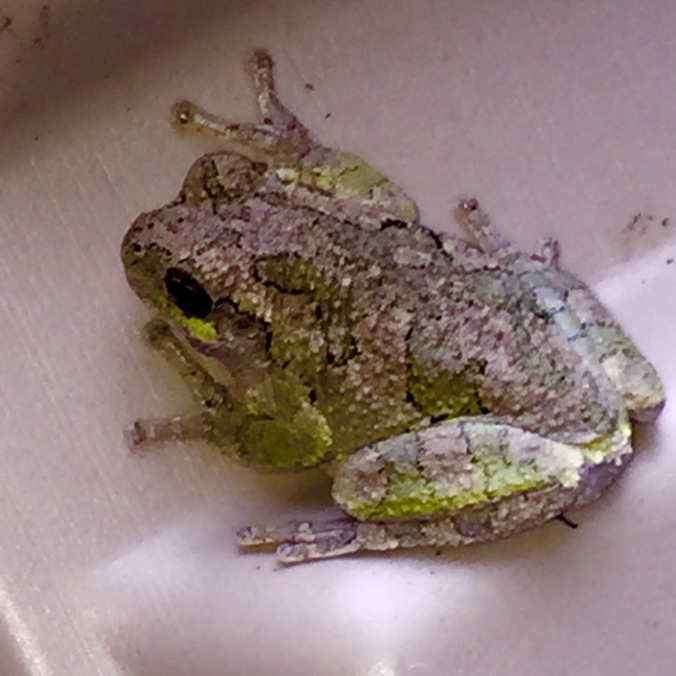 On this dull grey wall,

My camouflage is somewhat

On this muggy southern morn 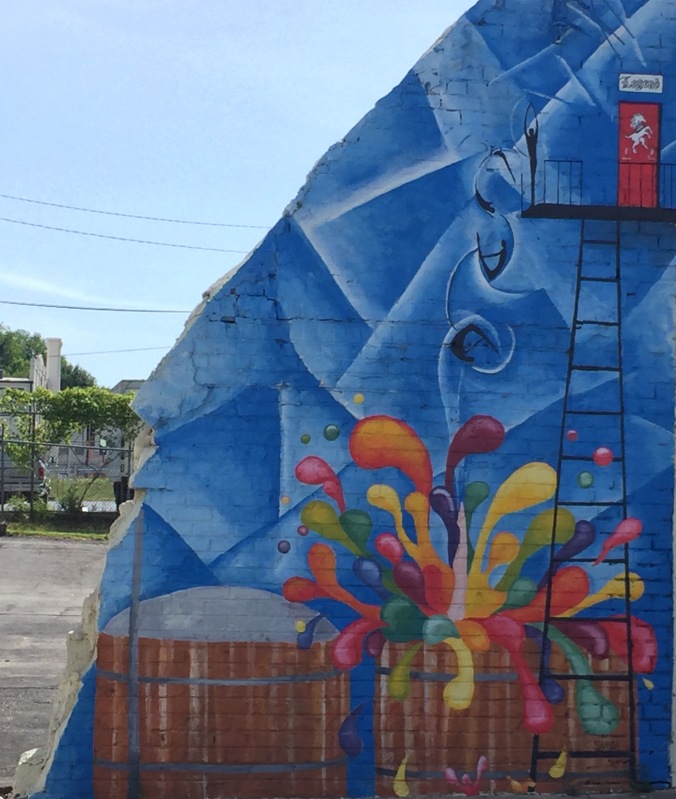 From this broken wall

A graceful dive has begun

Ending in the drink

Struggle against every odd

Institutions are not evil.

That resides within the men

Or at least, the man-like weasel

Who bends it to his every whim.

Trust not the man who deigns to tell you,

In a voice sonorous and proud,

All the things that you must do

To buy your place within his crowd.

And once you’ve paid your pound of flesh

To decorate his house of lies,

He’ll slander you with his next breath

Without a care for hows or whys.

No, evil’s not an institution

With demons or just cuddle,

Someone will cast blame.

Of time, and storm, and warfare.

Oranges and fades to gloam,

For those of you unfamiliar with the poetic form of Mondo, here is your chance to play! A Mondo is a Sedōka written in two voices. The first voice poses a question of makes a statement in three lines with 5-7-7 syllable count and the second answers or responds in the same form. Each half is called a Katauta.  Many examples may be found at www.mondosedoka.com. Here is my open. Please feel free to respond in comments. Enjoy!

What makes this viral

Seem so much worse in summer?

This melange of so0thing sounds

Hastens me to shadowed lands.

Again, the ground is whitened

This time by clovers

Fed by the snows and petals